Mitchell Tech unveils and new name and a new brand

The Mitchell Public Library has a new leader and it’s a familiar face. City Administrator Stephanie Ellwein says the Library Board selected Kevin Kenkel as the new librarian. “It’s nice that we’re getting someone from the community that’s already aware of the Mitchell community and has ties to…  our library now,” said Ellwein. 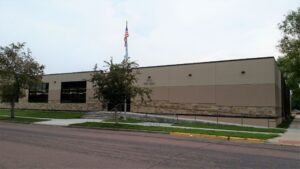 Kenkel is currently the Director of Learning Resources at the McGovern Library at Dakota Wesleyan University. He’s been at DWU since 1996.

Ellwein says Kenkel made a good impression with the Library Board. “The ideas that he has for the library,” Ellwein said. “And just the excitement he showed for the position and working for the city, too.”

Kenkel has earned two bachelor’s degrees in Humanities and Social Studies, plus a Master’s Degree in Library and Information Sciences.

Kenkel’s first day on the job is July 20th.