You can also subscribe to the podcast on iTunes by clicking HERE. 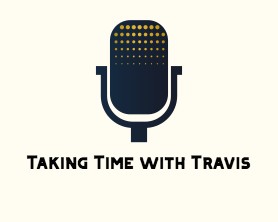 Drue Aman joins Travis Kriens on the podcast to look back at memories of South Dakota State basketball, the Summit League Tournament and to preview the 2022 MLB season.

Terry Vandrovec joins Travis Kriens to talk the Sanford Pentagon and everything else going on at the Sanford Sports Complex in Sioux Falls. Also, Terry looks at his time at the Argus Leader covering South Dakota State athletics and this week’s Summit League Tournament in Sioux Falls.

Stu Whitney joins Travis to talk about his novel The COVID Chronicles, South Dakota’s reaction to the virus, State Basketball Tournament proposals and the Super Bowl.

Travis looks back at Super Bowls that could have been as the Cincinnati Bengals and Los Angeles Rams meet Sunday in Super Bowl 56.

Padraic Duffy joins Travis this week to talk Rapid City, NFL and the rest of the state of South Dakota. Also, a update on the transgender athlete bill that has been signed in South Dakota.

Mike Henriksen joins Travis to talk about Volume 2 of his new book, “Genuine Journeys of Life,” and everything else going on in South Dakota.

Luke Hagen of the Mitchell Republic discusses online video streaming and issues with the Hanson Boys Classic last week in Mitchell at the Corn Palace.

Scott Kacsmar breaks down the NFL Division Playoffs this weekend and gives us his preview.

Mike McFeely of the Fargo Forum breaks down the ninth FCS National Championship for North Dakota State and what the future holds.

Arif Hasan covers the Minnesota Vikings for The Athletic. We look at the changes in Minnesota and where the Vikings go from here.