Northeast set for rainy start to week, while West deals with record heat

A Saturday celebration in a small town drew a huge crowd as an 88 year old business took a giant step. Dimock Cheese marked the grand opening of its new retail store along Highway 37 with a ribbon-cutting.

Co-owner Denny Everson was elated. “When we bought this company on September 1st of 2015, we promised the community, we promised the former owners, we promised the employees that someday, not very long in the future, we would open a new retail store on Highway 37,” said Everson. “And here we are today.” 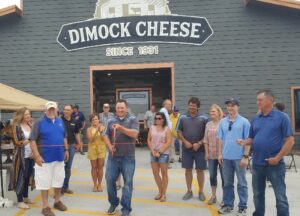 He says the store is more than locally made artisan cheese including Colby that squeeks. “We want it to be a destination point for people who are interested in seeing what else is made in South Dakota, specifically food products,” Everson said. 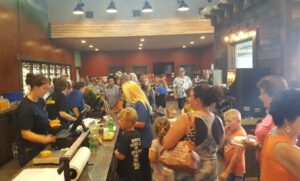 You’ll find specialty meats, the state dessert Kuchen, along with South Dakota made wine, spirits and beer plus other items.