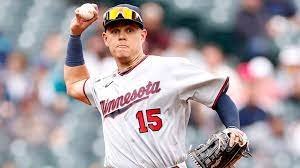 Urshela batted .285 with 13 homers and 64 RBIs while playing a career-high 144 games in his only season with the Twins, who acquired him from the Yankees last March in a five-player deal sending Josh Donaldson to New York. Urshela has one season left before free agency.

Urshela had his most impressive big league season with the Yankees in 2019, batting .314 with 21 homers. The Colombian has mostly played third base in the majors.

The Angels have $245 million slugger Anthony Rendon at third base, but he has played in only 105 games over the past two seasons due to injury. They also could be in need of a starting shortstop.