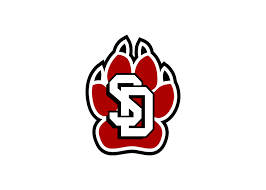 CEDAR FALLS, Iowa (AP) — Carson Camp threw two touchdown passes, Travis Theis had 29 carries for 113 yards and a score, and South Dakota beat Northern Iowa 34-21 on Saturday in battle between two of the top programs in the FCS.

A muffed punt by Northern Iowa (3-3, 1-2) — ranked No. 17 in the FCS coaches poll — deep in its own territory gave the Coyotes the ball at the 13 and three plays later Camp threw a 5-yard TD pass to Carter Bell to open the scoring with 1:11 left in the first quarter. After an interception by Daraun McKinney on the next play from scrimmage, Theis capped a five-play, 20-yard drive with a 4-yard TD run on the final play of the period.

Theo Day completed 25 of 35 passes for 303 yards and two touchdowns with two interceptions, and Victor McShane bounced off multiple defenders on a 62-yard scoring run, for Northern Iowa.