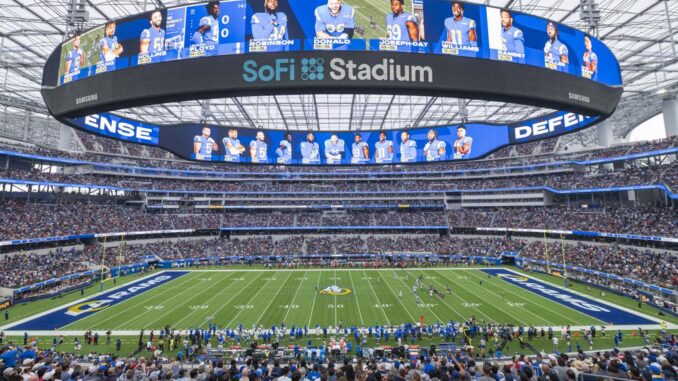 NBA-SCHEDULE
Hornets beat Sixers for first time in over 5 years
— The Charlotte Hornets had dropped 16 straight to the 76ers before finally winning Wednesday in Philadelphia.
Gordon Hayward hit his first nine shots and poured in 30 points to guide the Hornets to a 109-98 victory over the Sixers. Hayward provided 22 points by halftime, nailing four 3-pointers while shooting 9-for-9. Terry Rozier scored 22 points and Miles Bridges added 21 to help Charlotte end the NBA’s longest active losing streak versus another team. The 76ers’ seven-game winning streak ended despite Joel Embiid, who scored 31 points for the fifth straight game.

— The Nets won a matchup of Eastern Conference leaders by blowing out the Bulls, 138-112. Kevin Durant scored 27 points and James Harden added 25 with a season-high 16 assists in the rout. Durant provided 17 points while Brooklyn outscored Chicago by 20 in the third quarter.

— Lamar Stevens scored 15 of career-high 23 points in the third quarter of the Cavaliers’ 111-91 pounding of the Jazz. Darius Garland had his first triple-double with 11 points, a career-high 15 assists and a career-high 10 rebounds. Lauri Markkanen added 20 points as Cleveland improved to 3-1 on its six-game trip.

— The Heat opened the second half on a 16-0 run to break open a close game in a 115-91 thrashing of the Hawks. Max Strus scored the first eight points of the second half, including two 3-pointers. Tyler Herro led Miami’s balanced attack with 21 points and 11 assists.

— RJ Barrett scored 32 points as the Knicks ended the Mavericks’ six-game winning streak, 108-85. Mitchell Robinson threw down three dunks in a powerful third quarter and finished with 19 points in New York’s fourth win in five games. Julius Randle ended up with 17 points, 12 rebounds and eight assists for the Knicks.

— Jaylen Brown contributed 34 points and Jayson Tatum added 33 in the Celtics’ first win in seven road games, 119-100 at Indiana. Tatum shot 7-for-11 from beyond the arc and Dennis Schroder hit 4 of 5 from downtown while furnishing 23 points. Myles Turner had 18 points and Domantas Sabonis added 17 with six rebounds and six assists as the Pacers lost their second straight and eighth in nine games.

— The Kings’ season-high, five-game losing streak is over after they overcame LeBron James’ 34 points in a 125-116 downing of the Lakers. De’Aaron Fox scored 20 points and Chimezie Metu made a clutch 3-pointer with 46.7 seconds remaining. Sacramento also received 23 points from Harrison Barnes.

— Eric Gordon had 31 points and the Rockets overcame Dejounte Murray’s career-high 32 to beat the Spurs, 128-124. Christian Wood scored 23 points, Kevin Porter Jr. added 18 and Jalen Green had 14 as Houston stopped a three-game skid. Murray also had 11 assists and 10 rebounds for the struggling Spurs, who have lost four straight and seven of eight.

T25 MEN’S BASKETBALL-SCHEDULE
Wildcats down Musketeers
— No. 14 Villanova has won a top-25 matchup. The Wildcats improved to 12-4 overall by pulling out a 64-60 win at 17th-ranked Xavier. Collin Gillespie dropped in 21 points and Justin Moore scored 10 of his 16 in the second half to help the Wildcats secure their fifth straight victory. Gillespie was coming off a season-high 28-point performance and Moore is the reigning Big East player of the week. Paul Scruggs and Nate Johnson each scored 15 for the Musketeers, who trailed by double digits in the second half before tying the game with 2:16 remaining.

— Paolo Banchero had 24 points and eighth-ranked Duke hit 13 straight shots to take control in a 76-64 win against Wake Forest. Fellow freshman A.J. Griffin had a season-high 22 points to help the Blue Devils bounce back from a weekend home loss to Miami. They did it without coach Mike Krzyzewski, who missed the game with what the school called a “non-COVID-related virus.”

— No. 12 LSU picked up a 64-58 win at Florida as Darius Days scored 20 points and Eric Gaines added 15 in his second start of the season. Gaines replaced injured point guard Xavier Pinson in the lineup and scored eight points in the second half, making four of five free throws down the stretch. The Gators have dropped six of nine and are 0-3 in the SEC for the first time in 41 years.

— Georgetown basketball coach Patrick Ewing will miss the Hoyas’ game against visiting Butler on Thursday because of what his team said were D.C. Department of Health guidelines. The news release announcing the former Georgetown and NBA star’s absence but did not offer any other details or explanation.
Georgetown said assistant Louis Orr would serve as the team’s acting coach “starting with the Butler game.”

NFL-NEWS
Agent: Weddle to rejoin Rams for playoffs
— Safety Eric Weddle is coming out of retirement to rejoin the Los Angeles Rams for the playoffs.
The 37-year-old Weddle hasn’t played in the NFL since the 2019 season, but the Rams signed him to their practice squad Wednesday to address their glaring need at safety. Leading tackler Jordan Fuller is out for the playoffs with a right ankle injury, and fellow starting safety Taylor Rapp is in the concussion protocol.
Weddle retired in February 2020 after one season with the Rams in which he made 108 tackles and called the defense’s signals. The Rams return to practice Thursday. They host the Arizona Cardinals on Monday night.

— Packers outside linebacker Za’Darius Smith is practicing again and could return for the playoffs after missing nearly the entire regular season. Smith participated in the Packers’ workout Wednesday as they begin postseason preparations. Smith hasn’t played since the season opener due to a back issue.

— An extra week of games, close finishes and a non-election year helped propel the NFL to its highest regular-season ratings in six years. The 272 regular-season games averaged 17.1 million viewers across television and digital platforms, a 10% increase over last season.

NHL-SCHEDULE
B’s whip Habs
BOSTON (AP) — The Boston Bruins were victorious for the sixth time in seven games. Brad Marchand and Linus Ullmark carried the Bruins to a 5-1 win over the Canadiens. Marchand scored twice in a 15-second span of the first period and completed a hat trick with a short-handed goal in the second. Ullmark stopped 24 shots as he tries to hold onto his spot in the goalie rotation. Tuukka Rask is expected to make his season debut in net on Thursday. Boston opened four-goal leads in winning its last three games. Ullmark blanked Montreal until Michael Pezzetta scored midway through the second. Jake Allen was pulled after allowing two goals on seven shots.

— Joe Pavelski notched the first five-point game of his lengthy career by collecting two goals and three assists for the Stars in a 5-2 verdict over the Kraken. Jason Robertson extended his NHL-best home point streak to 11 games in the stars’ first-ever meeting with Seattle. Dallas has won its last five home games, and 13 of 14 at the American Airlines Center.

— The Chicago Blackhawks’ top prospect is slated to make his NHL debut on Thursday against Montreal.
Lukas Reichel was added to Chicago’s taxi squad after he was recalled from Rockford of the AHL. Derek King has confirmed the 19-year-old forward will play Thursday. Reichel was selected by the Blackhawks with the No. 17 pick in the 2020 NHL draft. He has 11 goals and nine assists in 20 games with the IceHogs.

— The Sabres have signed Michael Houser to a one-year, $750,000 contract and called up Aaron Dell from the minors to shore up their injury-depleted goaltending ranks. The signing comes with Buffalo adding goalies Ukko-Pekka Luukonen and Malcolm Subban to their injured list.

MLB-NEWS
Former Cubs, Red Sox pitcher Jon Lester announces retirement
— Former Cubs and Red Sox pitcher Jon Lester has announced his retirement. The durable left-hander who won three World Series titles during 16 years in the majors told ESPN, “It’s kind of run its course.” Lester finishes with a 200-117 record and a 3.66 ERA in 452 career games, including 451 starts. He also was a reliable postseason performer, compiling a 2.51 ERA in 26 appearances. Lester helped Boston win the championship in 2007 and 2013 and did the same for the 2016 Cubs.

— The Rays say bullpen catcher Jean Ramirez died unexpectedly this week at the age of 28. The Rays didn’t release details of the death, which it said occurred Monday. Ramirez played three years in Tampa Bay’s minor league system before beginning a three-season stint as a bullpen catcher with the major league team.

— The Twins will retire the uniform number of former pitcher Jim Kaat, who was recently elected to the Hall of Fame. Kaat spent 13 seasons with the Twins and remains their all-time leader with 178 wins.

— The Orioles are moving the wall in left field back as much as 30 feet in an effort to make Camden Yards a bit easier on pitchers. The Orioles hit 122 home runs at home last year and 73 on the road. Baltimore’s pitchers allowed 155 homers at home, compared to just 103 on the road.

— Rachel Balkovec has been introduced as manager of the Yankees’ Low A affiliate in the Florida State League. In taking over the Tampa Tarpons, Balkovec will become the first female manager in the history of affiliated baseball, an appointment 10 years in the making for the former college softball player. Yankees general manager Brian Cashman says “the sky’s the limit” for the 34-year-old Balkovec, who has two master’s degrees and hopes to one day become a general manager herself.

TENNIS-AUSTRALIAN OPEN-DJOKOVIC
Djokovic: Still in limbo
MELBOURNE, Australia (AP) — Novak Djokovic remains in limbo even after he was included in the draw for the Australian Open, with the tennis star still awaiting a government decision on whether to deport him for not being vaccinated for COVID-19. Despite the cloud hanging over Djokovic’s ability to compete, Australian Open organizers have included the top seed in the draw. He is slated to play fellow Serb Miomir Kecmanovic, who is ranked world No. 78., in the opening round next week. The top ranked Djokovic had his visa canceled last week when his vaccination exemption was rejected, but he won a legal battle on procedural grounds that allowed him to stay in the country. The immigration minister is still considering whether to deport him.