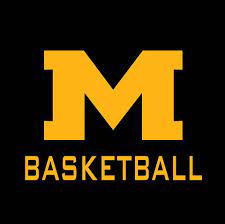 Kreutzfeldt replaces Todd Neuendorf who resigned in June after four seasons with the program.

Ryker Kreutzfeldt has been hired as the Head Boys Basketball Coach for the Mitchell School District. Coach Kreutzfeldt is a Mitchell High School and Dakota Wesleyan University graduate and has been a member of the boys basketball staff for the past four seasons.

“I am excited to announce the hiring of Ryker Kreutzfeldt as the next Head Boys Basketball Coach of the Mitchell Kernels. No one has invested more and had a greater impact on the boys basketball program in the past four years than Coach Kreutzfeldt. He has played an integral role in the restoration of the program. He has been highly involved in every aspect of the program during his time on staff, providing key insight on game preparation and leading all scouting and player development efforts. He has earned the respect of members of the boys basketball program and undoubtedly deserves this opportunity. I look forward to working with Coach Kreutzfeldt to continue building the Mitchell Boys Basketball program and developing it as an annual contender in AA basketball.” – Cory Aadland

“I am extremely humbled and honored to be given this opportunity. This community means so much to me, and I will work tirelessly to put a product on the floor that Mitchell can be proud of. We have taken big steps towards getting Kernel Boys Basketball back to where we need to be, and I look forward to working with our student athletes and staff to make sure we are continuing to move in the right direction.” – Ryker Kreutzfeldt

Coach Kreutzfeldt replaces Todd Neuendorf who resigned in June after four seasons with the program. Mitchell Boys Basketball returned to the state tournament in the 2020-2021 season for the first time since 2012.