Taming the virus: US deaths hit lowest level in 10 months

More than half of adults have been fully vaccinated in SD

Attorney general’s trial in fatal crash may begin in August

At a status hearing Wednesday, Judge John Brow says he’s aiming for the trial to begin in August or early September.

Ravnsborg is facing several misdemeanor charges in the September crash that killed Joseph Boever who was walking along a highway near Highmore when he was struck and killed. 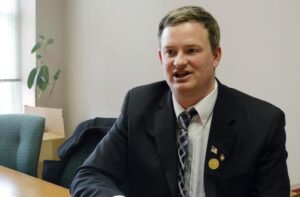