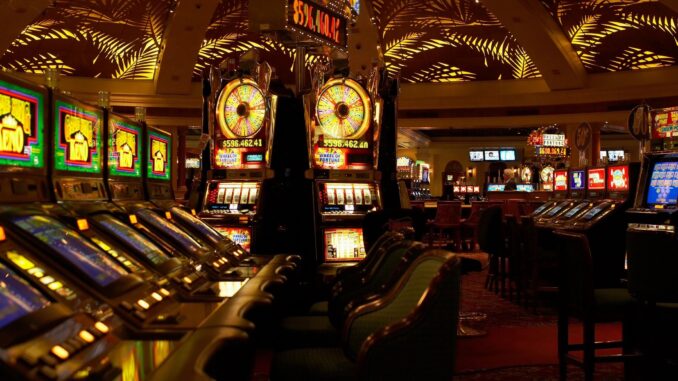 DEADWOOD, S.D. (AP) — The first sporting bets have been wagered in Deadwood, bringing to fruition an effort that began several years ago after the U.S. Supreme Court struck down a federal law that banned commercial sports gambling.

Four casinos in Deadwood opened sports betting on Thursday — Tin Lizzie, Cadillac Jack’s, Gold Dust and Mustang Sally’s. Betting is only allowed at licensed facilities in Deadwood. People can place their bets with tellers at a window, at a digital kiosk, or soon, through an app on their phone. The app will only work within the facilities.

The South Dakota Commission on Gaming issued a final ruling Wednesday on a list of sporting events that gamblers will be able to place bets on, including Olympic events, professional and college-level sports.

“We’re very pleased that we got to this point. And it’s been a long haul getting there. We’re happy to be there today.”

Rodman said the process to bring legalized sports gambling to Deadwood began several years ago. In 2019, the Deadwood Gaming Commission attempted to get the state legislature to legalize it, but came up three votes short.

In 2020, South Dakota voters legalized sports gambling with about 58% approval and the state legislature passed the gaming laws in 2021.