Halfway there: Suns beat Bucks for 2-0 lead in NBA Finals

Japan bans fans at Tokyo-area Olympics venues due to virus 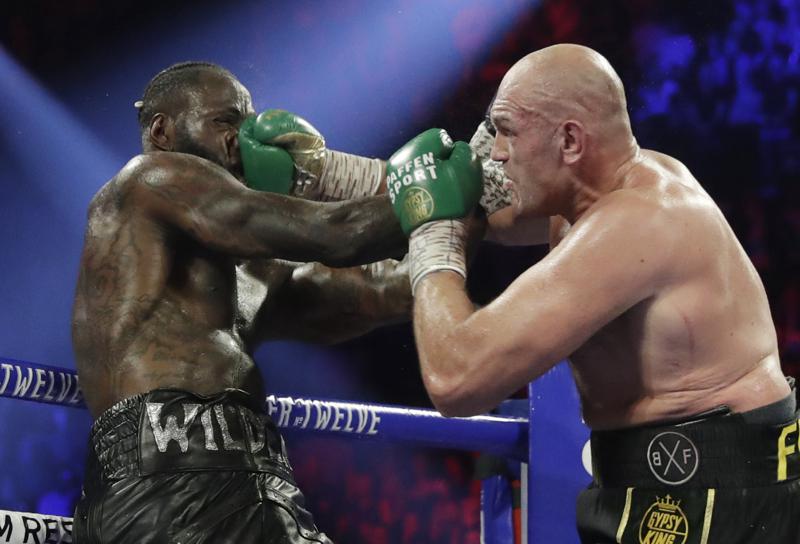 In this Feb. 22, 2020, file photo, Tyson Fury, right, of England, lands a right to Deontay Wilder during a WBC heavyweight championship boxing match in Las Vegas. A person with knowledge of the situation says Fury has tested positive for COVID-19, and his third bout with Wilder will be postponed, likely until the fall. The person spoke to The Associated Press on condition of anonymity Thursday, July 8, because the promoters of the lucrative heavyweight trilogy are still finalizing the new date.

LAS VEGAS (AP) — A person with knowledge of the situation says heavyweight champion Tyson Fury has tested positive for COVID-19, and his third bout with Deontay Wilder will be postponed likely until the fall.

The person spoke to The Associated Press on condition of anonymity Thursday because the promoters of the lucrative heavyweight trilogy are still finalizing the new date for the most anticipated heavyweight bout of the summer.

Fury, the English champion considered the pound-for-pound best heavyweight in the world, tested positive along with several members of his camp. He was already in the U.S. to complete his final preparations for the bout, but is likely to return home to regroup.

The combat sports calendar is crowded for much of August and September, meaning Fury-Wilder III is likely to happen in October.

Fury and Wilder fought to a thrilling draw in Los Angeles in December 2018. Although Fury largely outboxed his powerful American challenger, Wilder knocked down Fury twice to split the scorecards.

Fury then trounced Wilder in their rematch in Vegas in February 2020, knocking down Wilder twice and finally forcing Wilder’s corner to stop the bout.

Wilder exercised the rematch clause in his contract even after Fury’s emphatic victory, and after an arbitration judge ruled in Wilder’s favor, Fury resignedly agreed to the matchup instead of a much-anticipated unification showdown with fellow British champion Anthony Joshua.

Although he demanded the bout, Wilder has been acting erratically in the months leading up to it. Along with changing trainers, Wilder has made a variety of wild accusations against nearly everyone involved in his first career defeat — and when the promoters held a news conference for the trilogy fight in Los Angeles last month, Wilder inexplicably refused to speak at it.